What is Open Source and how are Energy Access leaders using it to their advantage?​

What is Open Source and how are Energy Access leaders using it to their advantage?

Working together is working smarter. That’s the belief that underpins what we do at EnAccess. We want the best ideas in energy access to be open source, to help us connect everyone to modern energy by 2030 — and in this article we’re going to talk to readers who might not have heard much about open source, or who want an introduction to how open source can be used to help achieve universal energy access, with real-world examples.

Open source is information sharing between companies in the same sector or with similar goals. Open source can be software. It can be hardware. It can be technical documents, a guide, a toolkit or a strategy. It can be code or a developer kit. Open source tools can be downloaded, edited, copied, shared, tweaked, repurposed and built-on by other open source contributors. It provides a pool of combined knowledge and resources to accelerate tech, finance, sales, product and social innovations.

One of the more obvious uses of open source for energy access is software and hardware development. Examples could be the building and managing of secure pay-as-you-go tools, the creation of a new type of IoT device, or building a new type of smart energy meter. Very broadly speaking, software and hardware development in energy access involves writing code or designing something that is intended to be physically built. The technological advancements of the energy access sector, including a lot of software and hardware development, has helped to connect communities to energy in incredibly remote areas with no traditional electricity grid. We believe that increasing the amount of open source software and hardware tools will save valuable time in the sector and help “tech” companies or projects become far more streamlined.In September 2021, EnAccess hosted the ‘open source in energy access’ webinar series, and heard from both creators and adopters of open source work. Catherine Adelmann, Manager and Founder of Fosera, shared that using open source tools revolutionised the company’s product development. As a quality solar home system manufacturer, Fosera designs, develops and manufactures Solar Home System (SHS) hardware powered by PAYGo software. However, as more PAYGo systems became available, things started to get complicated and eventually, only one was compatible with Fosera’s product. 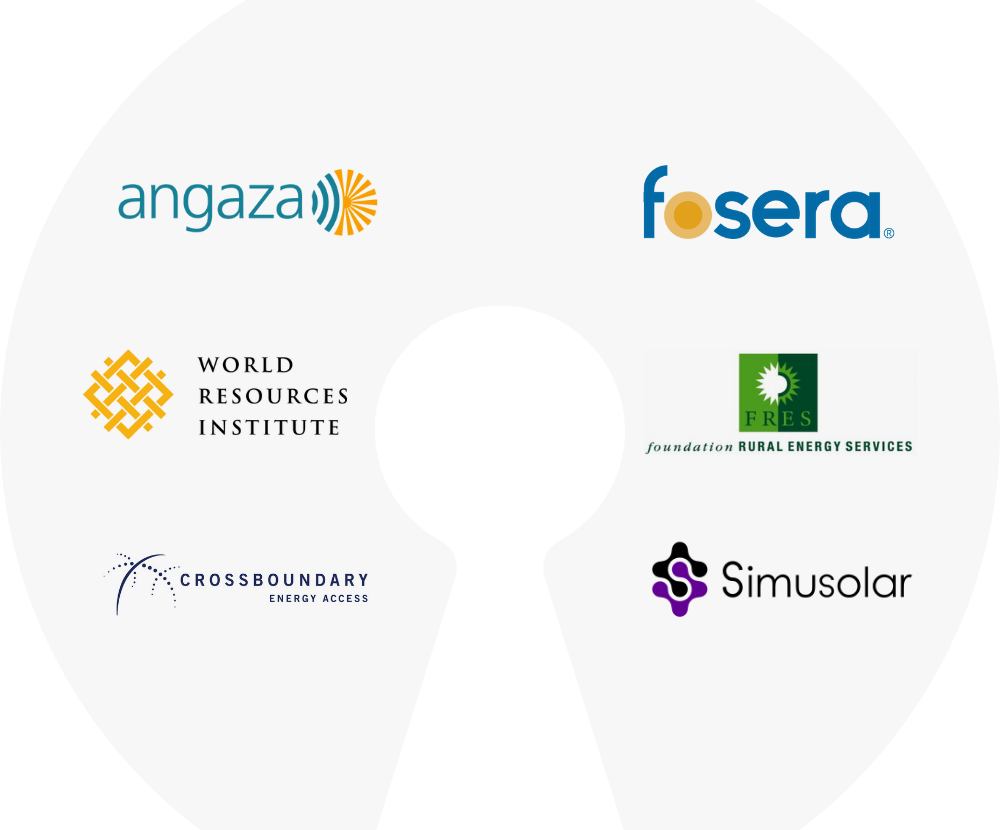 “It made innovation extremely complicated because we weren’t changing one product, we were changing four products at the same time, which was a struggle,” said Catherine. “And then, we heard from EnAccess about the Open PAYGo token. This would allow us to implement one piece of hardware and then all PAYGo providers could then hook into that, which meant that we could have just one hardware solution and we could, from there, feed into different backends. This was really a great help to us and made everything a lot simpler.”

But open source in energy access isn’t only about technology

That’s exactly what the team at CrossBoundary Energy Access are doing. They’re open sourcing their experience in infrastructure investing for mini-grids, to help bring more projects online. Investment Associate Anette Mumbi says CrossBoundary recognised mini-grids were a viable option to connect millions of off-grid homes across Sub-Saharan Africa to power, but accessing capital for the infrastructure was a challenge. “We spent about three years adapting traditional project finance for distributed assets, and in December 2020 we went to market with a white paper which includes detailed information on how to structure bankable finance for mini-grids in Africa,” says Anette.

“We shared in the white paper the lessons we learned, as well as recommendations that we believed would help unlock more capital for the sector. We realised that the sector has a shared goal to bring power to 600 million people and others could spend three years trying to figure out why capital hasn’t been flowing to mini-grids. We found one way that works, so we decided to share it with other stakeholders. We acknowledge that we can’t do it alone. So all of the things we’ve learned we have shared with the sector.”

The CBEA is raising $150 million US dollars, but Anette describes this as a drop in the ocean, given that they aim to bring power to 1 million of the 600 million without electricity.

When we talk about open source for energy access, we are talking about sharing knowledge. This is something that happens naturally at conferences or in meetings. But open source is a more intensive approach to knowledge sharing. It uses the same high standards of practice that many software developers use and applies it to things like legal documents, white papers, business plans and investment approaches. Other organisations can then extract and copy this work for themselves — or to tweak it, or use only one part of it, or contribute to it with their own findings.

Open Source in energy access can fast-track innovation from all angles by allowing others to build on what’s already there. This is vital for the sector at a time when there is immense international pressure to meet global development targets, with limited time and resources to do so.

If you’re considering open source for your own idea, be aware that it’s tempting to get wrapped up in the excitement of seeing your company’s innovation take off and make waves in the sector. But making sure it is discoverable and accessible to people outside your organisation is the key to wider success.

“Open source provides value only if it’s used,” says Bryan Silverthorn, CTO at Angaza. “You need potential users of a particular project to know that it exists and have some on-ramp to get them involved.” As regular open source creators and adopters, Angaza successfully open sourced their Nexus suite of technologies for building and managing secure PAYGo products to millions of users. They’ve also used and adapted open source code in their own development processes. Bryan’s advice for others seeking to replicate their success: “Consider leveraging communities like EnAccess to engage with the broader energy access community, help provide discoverability and on-ramps for your projects, build a user base and engage with other organisations.”

Without community networks, an open source project is lacking a pillar of support. If you create a tool in the open source space, the feedback, bug fixes, proofreading, and improvements are exactly what makes that tool so powerful. To tap into this communal power, you have to be sure that your tool, code or data can be found by those who would benefit from it, and that it’s accessible and adaptable across multiple use cases. Planning an open source project end-to-end means being able to dedicate resources for not only the duration of a project, but also beyond the publication of your tool. There’s community engagement and FAQs, integration support and updates to consider. That’s on top of any marketing you want to plan for around your project. Of course, this is where EnAccess is on hand — we can help in supporting all things open source in energy access. However, creating and managing community involvement is a sizeable additional work stream to consider.

But the return on investment for this extra work can be immense. Not only for an individual company but for the sector’s overall goals. In a resource constrained sector, where there are time-bound development goals and millions in low-income countries still waiting to be connected to electricity, open source can help bring down barriers to reach them.

Putting in the work pays off

Open source can help you tap into additional promotion, sales and industry recognition, and it can positively transform operations for both creators and adopters. In fact, all of the open source creators we spoke to in the webinar were asked whether they would open source again, knowing the workload and challenges. The answer was a unanimous and resounding ‘yes’.

Equally, for open source adopters, feedback also tends to be overwhelmingly positive, with stories like Catherine Adelmann’s being one we hear time and time again from users of open source tools. But the clock is ticking. With just nine years left to reach SDG 7, open source can be rocket fuel for companies like Fosera who are building the solutions that will get us there.

Only by working together can we unlock our collective power and accelerate the journey to universal energy for companies, the sector and hundreds of millions of off-grid homes around the world. To hear more from energy access leaders in open source, check out the full webinar series supported by the Alliance for Rural Electrification, and let us know what you think

Back to all Articles